A new book has been just published by the Egyptologist and archeologist David Rohl: “EXODUS, MYTH OR HISTORY?” We can only hope to see it translated in Italian as soon as possible.

The picture of the cover of the book here to the left, has been taken from the website http://shop.patternsofevidence.com/ where it is possible to buy the book and learn about the movie on the same topic, “Patterns of Evidence”, recently released in the United States.

Rhol is quite convincing. His theories are always winning more and more supporters – I am one of them. We will speak more about this book when the Italian version will be released. Right now, for those who want to know more about the New Chronology, they can still read “Il Testamento Perduto”, the Italian version of the “Lost Testament”, which is available in bookstores everywhere in Italy.

That was my first David Rohl’s book. I enjoyed in particular, the discussion on the Amarna letters, which support the re-dating of the Egyptian chronology of about 250 years.

It is a paradox that Akhenaton is remembered in history as the heretical Pharaoh, because of his monotheistic beliefs. It is well known: every drastic attempt to change long traditions is in itself heretic, and, even if for the noblest of causes or the highest of ideals, it is not to be easily or quickly accepted. More so, if such changes are a threat to those who hold a position of power and prestige, political, religious, or both. The philosophical fight of Pharaoh for his new religion became more significant for the political consequences and the damage caused to the traditional clergy than for its intrinsic spiritual value.

Akhenaton was the name chosen by Amenhotep IV, son of Amenhotep III. He reigned, according to the traditional dating system, from 1350 to 1334 BC. His new name was adopted to honor his god, Aton, the Solar Disk, which was the object of his monotheistic cult. He also became famous for his greatest achievement, the building of the town of Akhetaton. As it evident by the name of it, it was another tribute to his god.

In the area where this town was, called today El Amarna, 3000 years later, in 1887 AD, excavations brought to light the correspondence of Amenhotep III and his son.

The 400 tablets found in El Amarna are a precious witness to the times of those Egyptians kings as well as of their Mesopotamian and Syrian vassal kings. They are divided between Berlin, London and Oxford. I can proudly say that, in my researches on line, I found out that some English translations of these texts are from the Italian. Because, usually the reverse is the case! The Amarna Letters are edited in Italian by Mario Liverani, Padeia, 2 Vols., by the title: “Le lettere di El-Amarna”.

The language used in these letters is Accadic, a Babylonian dialect, which was the diplomatic language of the time. It could be easily compared to today’s English or French. This article being translated in English, though written by an Italian, is evidence of the advantage and need to write in a language understood internationally.

The cuneiform writing is clearly seen in the tablet, EA161, here presented. This image is taken from: www.en.wikipedia.org

For the sake of curiosity and at the same time to introduce our subject, it would be profitable to consider the content of some of these letters. The text of the letters is available on the internet in the following site: www.reshafim.org.il/ad/egypt/index.html I have taken the quotations of the letters from this website.

Kadashman Enlil I was king of Babylon. He writes to Amenhotep III: “Kadashman  Enlil of Babylon to Amenhotep of Egypt […] How is it possible that, having written to you in order to ask for the hand of your daughter – oh my brother, you should have written me using such language, telling me that you will not give her to me as since earliest times no daughter of the king of Egypt has ever been given in marriage?” – EA3.

The Babylonian king calls Pharaoh his brother. He is quite disturbed by the excuses given for the refusal to give his daughter in marriage. The fact is very simply explained: the Egyptian kings were very well aware of the antiquity and prestige of their crown and very reluctant to recognize foreign rulers as their equals. It is quite understandable if we think that, at that time, the Egyptian kingdom had already existed for more than 1500 years! Notwithstanding this, the Assyrian king Ashur-uballit, is at ease writing: “Great King, king of Egypt, my brother” – EA16.

The days of Akhenaton saw the rise of turbulence in the Syro-Palestinian area. The Egyptian king was too caught in his religious speculations and busy in the construction of his city to be able to solve such crisis. The cries of help of the vassal kings soon became complaints for the king’s conduct.

The reason why the Amarna letters are so important to a Bible student like me is that recently they have become the field of a very important controversy. In fact, if we accept the traditional dating for the kingdom of Akhenaton, we will approach the Amarna correspondence with some presumptions in mind and interpret it accordingly to fit our already achieved knowledge of those days. In this perspective, the letters by and concerning a king named Labaya or Labayu will not catch much of our attention, since no better identification of this king is possible and not even of the exact location of his kingdom. His language, when addressing Pharaoh is clearly formal and shows much reverence: “To the king [my lord,] my [sun]: message from Lab’aya, your servant, the ground on which you walk. At the feet of the king my lord and my sun, seven and seven times I throw myself.” EA 253.

Labaya was a pain in the neck. Kings were writing asking Pharaoh help, complaining because of him.

Though the Egyptian kings are long gone, Labaya is still a pain in the neck, in the neck of traditional dating supporters. Because if we can understand his name being interpreted “lion of Yahweh”, how is it possible that Yahweh is known during the kingdom of Akhenaton?

Yahweh is considered the most probable pronunciation of the Tetragrammaton YHWH, the personal name that God revealed to Moses. According to the traditional dating, this must have taken place around the thirteenth century BC. The Exodus, always according to the traditional dating, took place under the kingdom of Ramses II, who ruled between 1279 and 1212 BC. Almost 100 years after the Amarna correspondence. How is this to be consistent with the fact that Yahweh was already known in Palestine 150 years before the people of Israel settled there?

David Rohl’s New Chronology provides a very satisfactory explanation for the above mentioned inconsistency by simply confirming the chronology in the Bible.

The problem is that the New Chronology explains the events – yes – is consistent with archeological findings, but goes against the traditional , with all the negative implications that such a change of trend would bring to the careers of many esteemed scholars and the bad light shed on the studies published so far on the subject.

Like Pharaoh, Rohl is today’s heretical revolutionary thinker, since his ideas openly question what has commonly been (blindly) accepted for years. But maybe it is just a matter of time! Like the world was converted to monotheism and the heretical Pharaoh became Akhenaton the hero of monotheism, maybe one day, David Rohl will be considered a man who was able to see what his generation, for lack of spirit of adventure or laziness, has failed to observe.

It must be noticed that the revision suggested by Rohl’s New Chronology is not entirely revolutionary. It just reviews the traditional dates, thought moves them back of some 250-300 years. To see what it actually means, consider that if according to the commonly accepted view Ramsses II lived between 1279-1212 BC, the New Chronology moves him to 943-877 BC.

Rohl refuses the commonly accepted identification of the only Pharaoh called by name in the Bible, Sisac or Shishak, with the historical Sheshonq. This identification is the chief corner stone of the traditional dating system.

Rohl provides well documented and surprisingly fitting archaeological and historical biblical evidence. He does better in his last book than he has even done before – though I thought this wasn’t possible. He shows how the biblical Shishak is none other than Ramsess II. Do you want to know how? Read his books!

Such a different identification will change all the other dates of kings and events. I know it will not be the same anymore to watch “The Prince of Egypt” with your kids! I myself feel so embarrassed at the thought of trying to explain the mistake to my sons. But the New Chronology confirms both archeological data and the reliability of the historicity of the Exodus in the Bible. The New Chronology date for the kingdom of Akhenaton moves to 1023-1007 BC. This would make him a contemporary of king Saul, the first king of Israel.  And if we suppose that the Labaya spoken of in the Amarna texts could be identified with the biblical Saul, would this not solve entirely all the problems concerning the worship of Yahweh in Palestine at the time of Akhenaton?

Saul means “requested”. Let us think how Peter, also called Chephas, was indeed a man called Simon. Paul’s true name was Saul. Mark’s name was John. Matthew’s name was Levi. Maybe that the “requested” king of Israel became known in the Bible with this nickname and his actual name was Labaya or Labayu? The fact in favor of this identification is strong, since also a lot of other details of the picture will be successfully explained. In the Amarna correspondence, if the New Chronology is accepted, David, Mutbaal, son of Saul and Joab, general of David and the events relating to them are so easily explained in the light of the accounts given in the Bible.

As the intelligent reader has already guessed, the New Chronology is very easy to be accepted by those supporting the historical accuracy of the Bible and refused altogether by those who for years have been taught and have taught the traditional dates. We can only hope that time and further honest research will shed more light on this matter.

Personally, I am convinced that one day the heretical David Rohl will be considered a man ahead of his time, and his theories, like Akhenaton’s monotheism, part of the new orthodoxy.

One Thought to “David Rohl, the Amarna letters and the new Chronology” 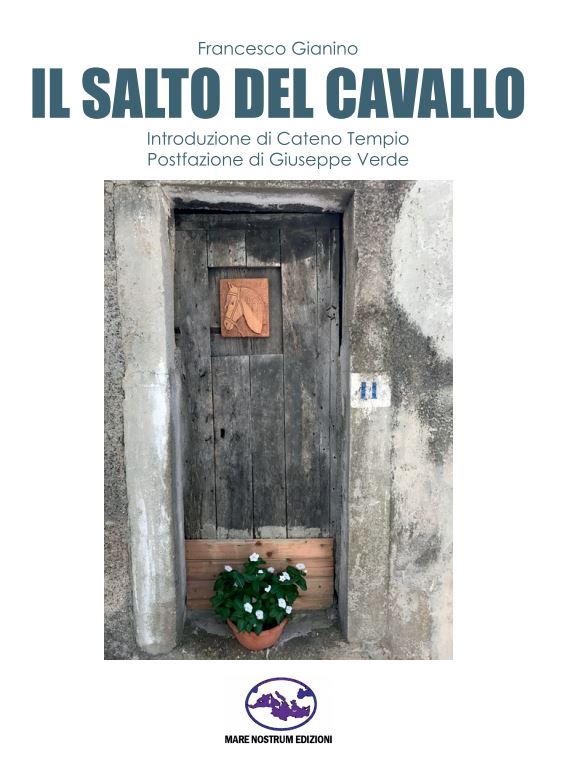 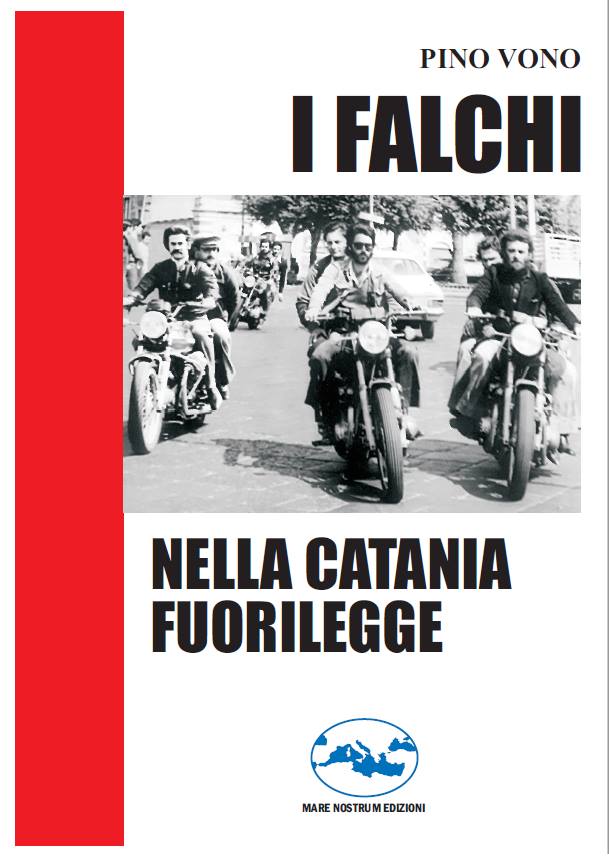 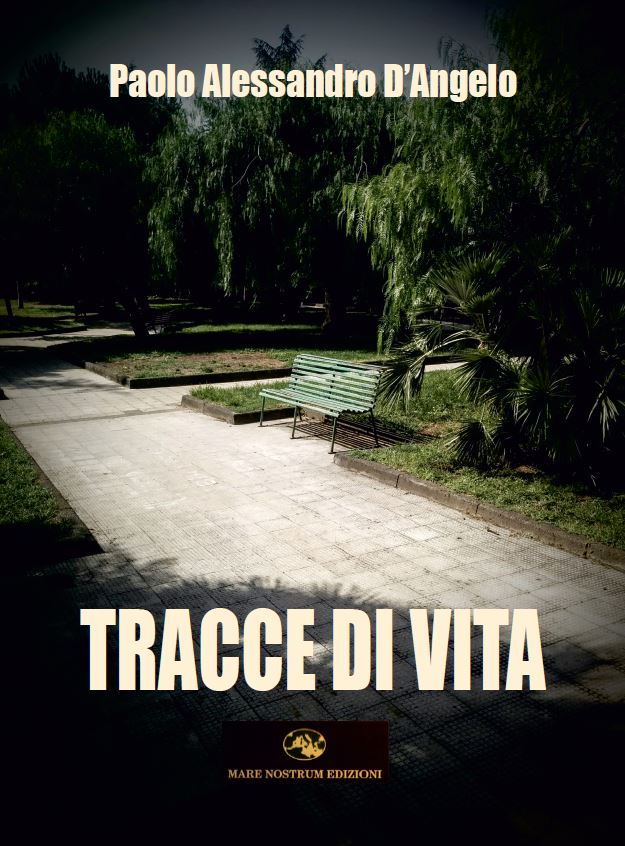